Image drawn by The Gagaman

Sorry for the late update HOTD fans. Where do I start? I had a great time at Sonic Boom in San Diego (lots of Sonic and Sega fans) and reunited with the community staff from Sega of America and meeting NiD.com admin TRiPPY. Had a great time talking to her about Sega, the Sega Saturn, and job opportunities. Anyway After seven years of waiting for a console port of the fourth installment to the House of the Dead series, The House of the Dead 4. Sega has finally found a way to deliver us both arcade HOTD titles (III & 4) to digital platforms such as the Playstation Network. We’ve been waiting for this moment for quite sometime… However, as fans of The House of the Dead series, we crave for more!

After reading countless of gaming forums, comments on Youtube, and my visit with Sega at Sonic Boom, I wanted to start my very own campaign. To have Sega to port both the original two games and spin-off title Loving Deads: The House of the Dead EX. 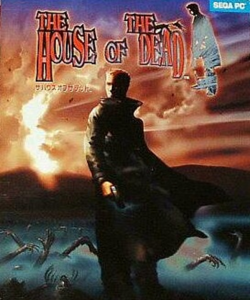 Fans have been begging for a faithful port of the first House of the Dead game in it’s original form (MODEL 2 graphics) since the Saturn & PC versions has been heavily criticized due to graphic limitations. With other classic Sega titles from the arcade/Saturn era of the 90’s released and coming to digital platforms (Daytona USA & NiGHTS HD) Why not the House of the Dead? As fans of the series, we want to relive those moments from the arcade era in our living rooms and fight Dr. Curien’s diabolical creations like The Chariot and The Magician. This game also introduced us to two highly trained and well known AMS agents throughout the series, Thomas Rogan & G, as they save Rogan’s fiancee, Sophie Richards, and stop Dr. Curien’s plans from destroying human civilization. The House of the Dead 2 would be awesome in HD in it’s original Naomi format which had more blood and music tunes.

However, there were rumors going around for couple of years about Sega losing the source code of the original game along with other Sega titles stated by former SoA president, Simon Jeffrey. If the rumors are true, then Sega Wow may be able to remake the entire game from scratch and release it to the arcades with newer levels inside Curien’s Mansion and features within the game. As of now, we don’t know what they could be up to. 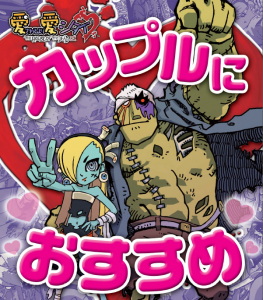 Not only the original game and it’s sequel, but also the Japanese/European only HotD game Loving Deads: The House of the Dead EX also deserves a port to digital platforms. The game’s storyline tells the audience about a zombie couple, Zobio & Zobiko, escaping the mansion to live a life in peace together from the clutches of Dr. Curien and his evil creatures. I’ve watched a couple of gameplay videos and I must say that this game looks REALLY enjoyable. Check and see for yourself. The game features tons of unique minigames where players much reach each other hand before time runs out such as dodging cakes during bullet time, rhythm tapping, finding the right zombie (may look familiar to those who played HOD2), and shooting bad teeth. A perfect gift for Valentine’s Day for lovely couples all over the world.

And this is where you guys come in, our mission is to get Sega to release these games on digital platforms as soon as possible (don’t want to wait for another seven years (-_-;) It’s easy…
Just sign these two petitions and your set
The House of the Dead HD
Loving Deads: The House of the Dead EX
Our goal is to reach 100 signatures each for both games and I may plan on making a video to spread the word even further and you guys can post your reasons explaining why you want these games to consoles as video responses. Not so bad right? Show your support AMS agents, about time “we” made a move! 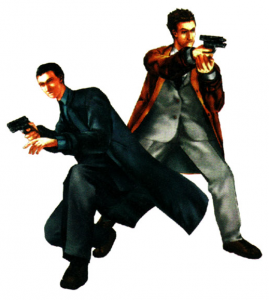