The House of the Dead 4 is the fourth installment of the series. The game runs on Sega’s Lindbergh arcade hardware that delivers motions picture quality sound and graphics. The hardware’s power allows more zombies than ever before to fill the screen with such intricate detail the player will be in a world he has never experienced before. Weaponary has changed once again in this installment with the use of a lightweight sub-machine gun with a new feature to allow reloading ammunition and escaping enemy grasps by “simply shaking the gun”

Story
Arcade Flyer Story
“Back in 2000 James Taylor, an AMS government agent, battled in what became known as the “Goldman Incident”. That was the evil genius Goldman’s first attempt to wipe out the human race and gain world domination – Taylor succeeded. This time teamed up with a new sexy and sophisticated sidekick, Kate Green, they tackle Goldman’s army of zombies who are attacking a European city. 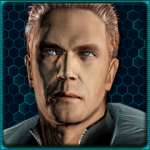 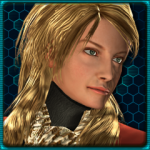 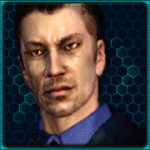 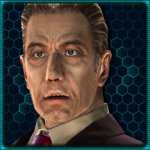 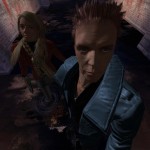 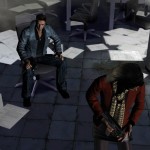 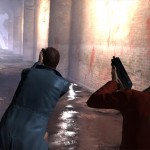 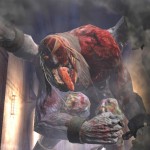 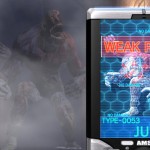 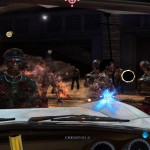 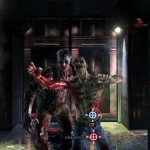 Trivia/Facts
* When James and Kate enter inside Goldman’s Building, Kate says “It’s like their invited us in”. This pays tribute to the second game when James and Gary entered the building for the first time.
* James also quoted “There’s no turning back now.” in chapter 4. That is a homage from the second game when him and Gary entered the elevator .
* In Chapter 5 “Reunion”, the bridge in point A0063 between Goldman Building was destroyed by the Hierophant in The House of the Dead 2. You can see the huge hole as James and Kate drives by it.
* Gary Stewart, the second protagnist of The House of the Dead 2, appears as a cameo in a flashback sequence in the last chapter.