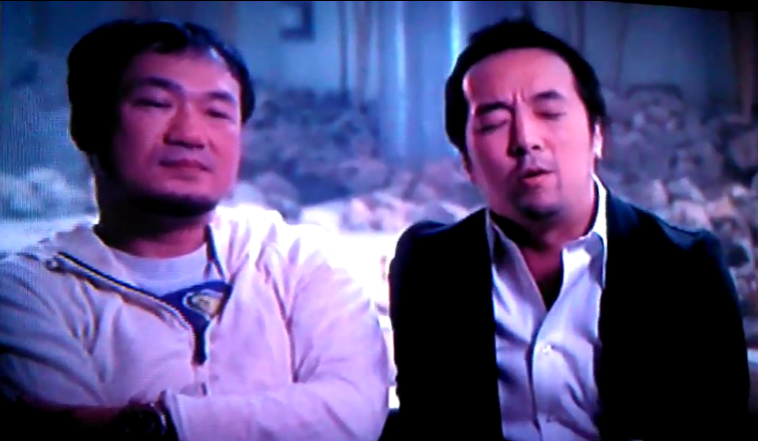 Upon beating The House of the Dead III on PSN for the first time, you are rewarded with a bonus video of a developer interview similar to recent videos of Sonic CD, Daytona USA, and Virtua Fighter: Final Showdown. This interview features SEGA AM1 division’s Takashi Oda (Left), Director of The House of the Dead series, and producer Yasuhiro Nishiyama (Right).

You can watch the video here http://www.youtube.com/watch?v=Hb4UFQMwnhw

In this interview, they talk about in the beginning there were no rules with violent games in Japan such as decapitation and blood sporing out. They also talk about how the game was about zombies and shooting them. Around the time of the first game, they got away with it due to the graphics back in 1996 and if they were to modernized it, they would have been in BIG trouble. Takashi then claims that they’ve never used the word zombies in the House of the Dead series because he doesn’t want the name to be in his work and vision, but instead called them “creatures” that were created in terms of the story. In order to make a next installment for the series, they want to make it more grotesque within the rules. Takashi then mentions terms of the stories based on a Osamu Tezuka’s Black Jack, a surgeon who helps other people but costs them a enormous fee, serves as a outline to the character’s backstories. Both Black Jack and The House of the Dead series share the same story element based on morality and what’s right and wrong. During the development of the series, they didn’t want to make anything so disturb to make the player stop playing the game, but the game always have something to catch you off guard to make you react to a hit. In conclusion, they want to try new things with The House of the Dead and bring them to arcade players to play.

Source: The House of the Dead III (PSN version)