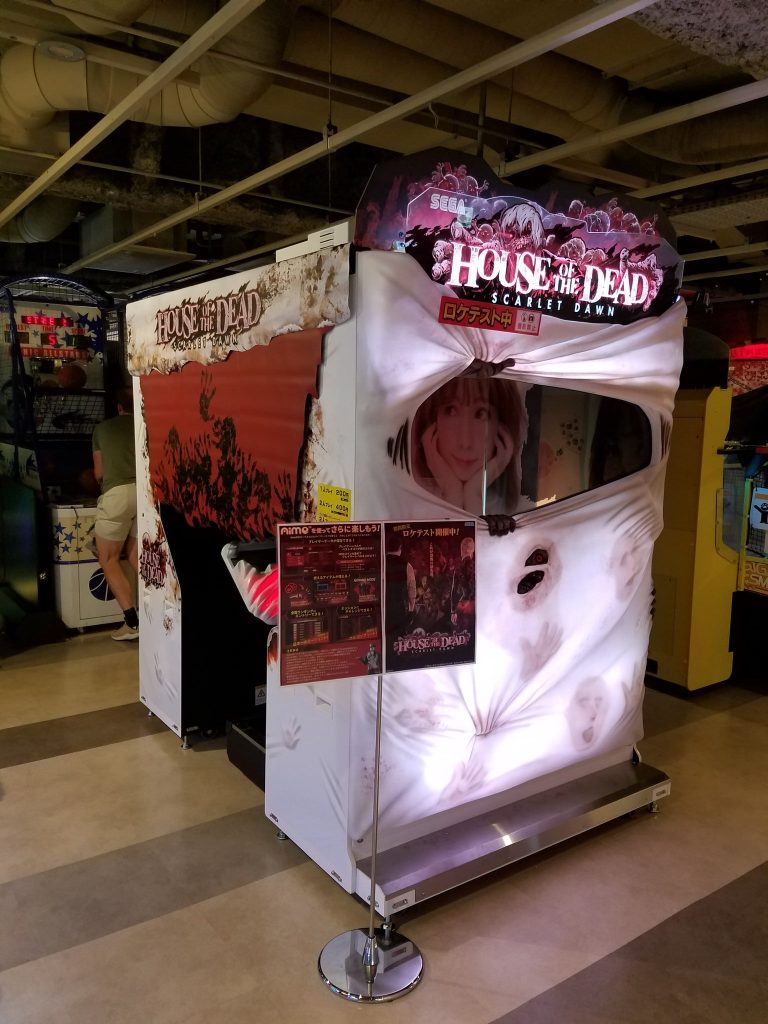 SEGA is currently having another location test today in Tokyo, Japan where the game has been spotted at Hi-Tech land Sega Shibuya Sega Tokyo Dome City Sega Shinjuku Kabuki-machi. Many skilled HotD players in Japan on Twitter have play tested the game and shared new details on the latest version of the game. Hit the jump to check out what changes were made for House of the Dead Scarlet Dawn.
Credits: @GUNHEAD3745, @saltysnow510, @harashow0604