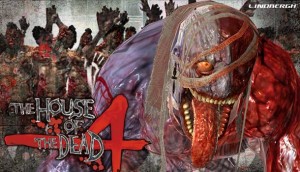 Sega has released The House of the Dead III and is now ready release 4 this spring, but it almost took them a year to port it from the Sega Lindbergh arcade board to the PSN.

“It took almost a year to adapt The House of the Dead 4 for the console, from the initial game design to the product,” a Sega representative explained in an e-mail to Siliconera. “The main obstacles in converting The House of the Dead 4 from the Lindbergh board to the PS3 were the OpenGL and the data format conversion.  Also, the PS3 has only 256MB of RAM while the Lindbergh board has 1GB, making the conversion challenging.”

”We did more than simply upscale the resolution to 720p. We brought the game render buffer up to 720p as well,” says SEGA “This makes the graphic quality and resolution far superior to all of the previous versions. In addition, we have re-made almost all of the UIs [user interface] in HD resolution.”

At least we get a port after seven years of waiting.