Golden Gun is Sega’s latest light gun shooter which utilizes the use of golden gun where players have to defeat the army of the undead and phantoms. The game also features a unique gameplay system where players can “Co-op shot” a enemy to score more points, choose multiple paths, and upgrade weapons & shields with points. This game has quite a few references to The House of the Dead series. In fact, a lot of references to the series. You’ll notice as soon as you play the game, you might bump into a couple of familiar creatures and scenes. Pretty safe to say that it maybe a spin-off.

Story
The only things between the Army of the Undead and the rest of the city are you two and your Golden Guns. Make sure you’ve got plenty of ammo!Golden Gun takes you and your partner on a perilous trek through a city filled with zombies, phantoms and countless other hideous and dangerous creatures. You’re outnumbered 10,000 to one but you’ve got the Golden Guns and that just might be enough.
Characters
Player 1 & 2
Bosses
The Four Mythical Beast
Game Flyers 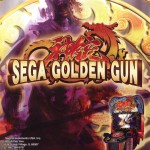 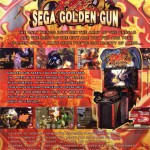 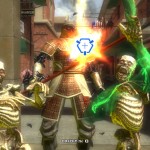 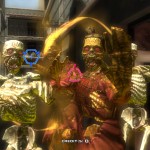 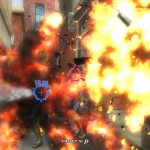 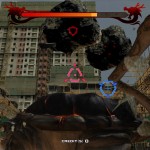 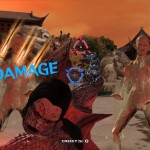 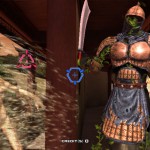 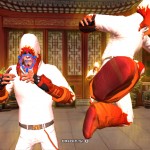 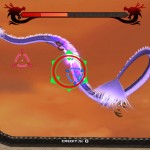 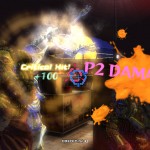 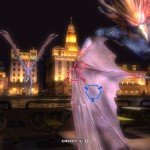 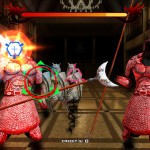 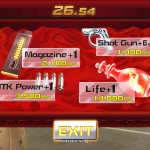 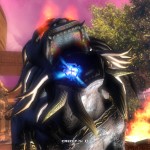 Trivia/Facts
* Golden Gun has a lot of similarities to The House of the Dead 4 as the game uses almost the same assets from the previous game. For example, animations and enemies. Ebitan creatures make an appearance.
* The security guard who gives our heroes the golden guns, bears a striking resembles to AMS Special Agent G from the House of the Dead series in one of the endings. The facial model is similar to his appearance in The House of the Dead III.
* House of the Dead is mentioned by Player 2 during the ending sequence.
* Takenobu Mitsuyoshi is credited as a guest vocalist for this game. His voice can be heard during the opening intro.
* The producer of this game is none other than Makoto Uchida, the creator of several SEGA classic arcade titles such as Golden Axe, Altered Beast, and Dynamite Deka.