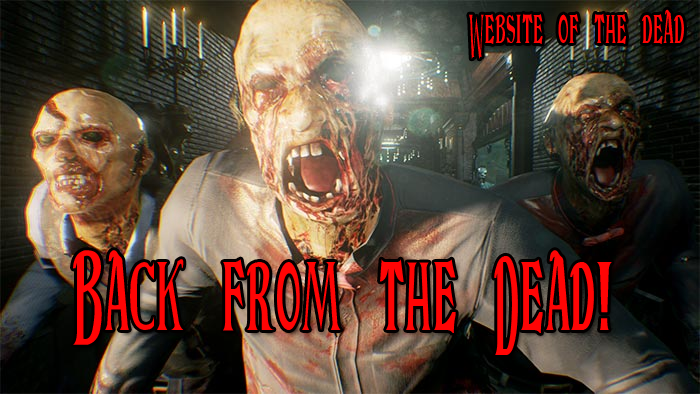 House of the Dead Scarlet Dawn was recently announced by SEGA for arcades and soon to be released sometime in 2018. The game will run on the Unreal Engine 4 with new features with the use of Aime cards such as nationwide ranking, trophy function, a Master Mode and will receive a theater style arcade cabinet. The story takes place 3 years after the events of The House of the Dead 4 with A.M.S. Agents Ryan Taylor (brother of James Taylor) and Kate Green (Returning from the previous game) are on a uncover mission to investigate a dinner party at Scarecrow’s House hosted by a mysterious man as creatures wreck havoc at the event.

The game also features new and familiar gameplay mechanics. Rescuing civilians makes a return in Scarlet Dawn which was last seen in the first two House of the Dead games + Overkill as well as rescuing your partner from the third game. As an added bonus, civilians will help you destroy enemies in certain situations like rolling an explosive barrel towards an upcoming hoard of creatures. Weapons can be found during certain event such as a shotgun and rocket launcher to clear waves of enemies or expose a boss’ weakness. Speaking of bosses, Chariot type 28 makes a grand comeback as the first boss once again since the original House of the Dead with newer attack methods. Judging from the interview with the series director, Takashi Oda, a few years ago, we may end up seeing some returning bosses in Scarlet Dawn.

House of the Dead Scarlet Dawn was recently showcased at Club SEGA in Akihabara, Tokyo last weekend with two playable chapters for testing. Surveys were given out to players to see if they would be interested in a console version (I hope everyone said yes to that). The game will later be showcased at the Japan Amusement Expo 2018 next month and will be sure to cover the news.

As for The Website of the Dead, I plan on updating this site with more accurate information on each game with development articles, creature/boss files, characters profile, site layouts and more. You all can also follow the sites social media platforms and our newly added discord channel on the following links below.

It’s great to be back into the series! Let us know how excited you are for House of the Dead Scarlet Dawn on the comments below.