Goldman is on the top floor of the building at A0063. Goldman is waiting for the AMS, with the emperor’s awakening in mind. Your ambition … is to stop him at all cost!

One of Dr. Curien’s greatest masterpieces.
“MAGICIAN” is a powerful life form that can manipulate flames freely.
It was supposed to have been buried in the Curien Mansion case …

There are four weak points, the left upper arm, right lower arm,
left thigh, and right shin that are not covered by armor .
Attacks other than weak points are not allowed.

The weak part of the foot is easy to aim because the exposed part is larger and the movement is less .

There are two basic attack patterns.

[1]
Fire bullets at the fire projectile from both hands of the “MAGICIAN”.
While accumulating energy, fire towards the weak point, and when a 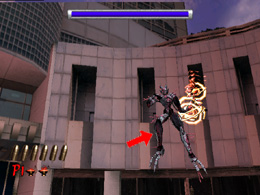 bullet is fired , give priority to shooting the projectile . 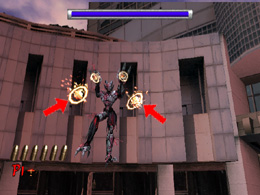 The fire projectiles can be shot down with a single shot, so
if you have reached this point, you should be able to deal with them.

[2] Flame slashing
“MAGICIAN” rushes with the flame in his arm.
Whether or not to attack. This attack will be a parting of life and death.
If you hit a weak point, you can stop the attack, so as soon as he start rushing, aiming at his left thigh or right shin is easy to deal with. 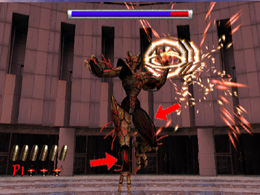 When “MAGICIAN” loses half of his health, the
fire projectiles will come down mercilessly from the sky.
10 shots fired from both hands, with shooting the
5 rounds at them in the center.

Here, the continuous rapid fire means a lot, so put a lot of power into it.

Because the “MAGICIAN” is defenseless while he accumulates energy , aim at the right foot and aim at a focused attack to take him down once and for all. 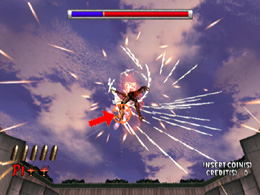 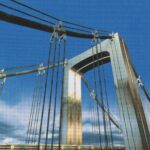 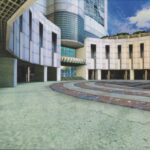 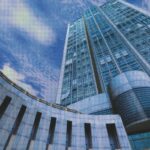 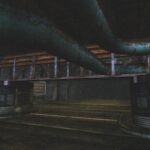 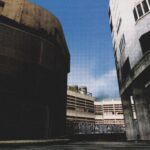