“It’s been awhile hasn’t it? My friends from the AMS. It’s me Goldman.”

The chaos in the city seems to be the work of “Goldman,” the mastermind behind the 1998 murders of the Curien Mansion Incident. He is one of the world’s top conglomerates and an expert on the genome theory. No matter who he is, you can’t allow this chaos to continue!

“TOWER” is a giant dragon with five necks. To defeat “TOWER”, you must first annihilate the four brown dragons.

Before one of the brown dragon bites and attacks, the mouth will glow, so
aim for that moment . Even if the mouth isn’t fully open,
it’s important to aim and shoot if the mouth shines . 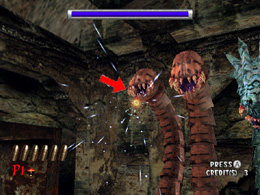 When the brown dragon is annihilated, it becomes a single fight with the blue dragon in the back room.
The blue dragon will try to bite you while moving violently, but
if you aim at the mouth while the mouth is shining, you should be able to defeat it without difficulty. 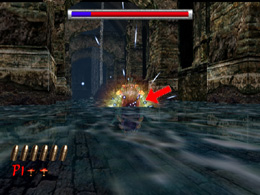 Even if you get stuck, you will attack with its mouth wide open in the end. Rapidly fire without giving up. 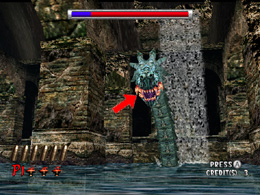 Depending on the route, there will be a confrontation between the water and sand area. However,
the basic capture pattern is the same, with only a slight difference in the timing at which the mouth shines . 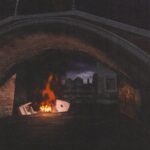 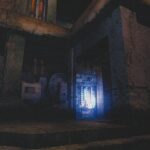