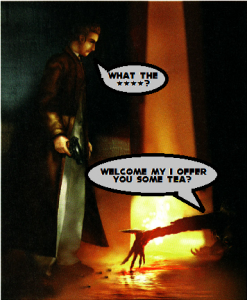 One thought on “Friends, The Door of Fate Shall Open”