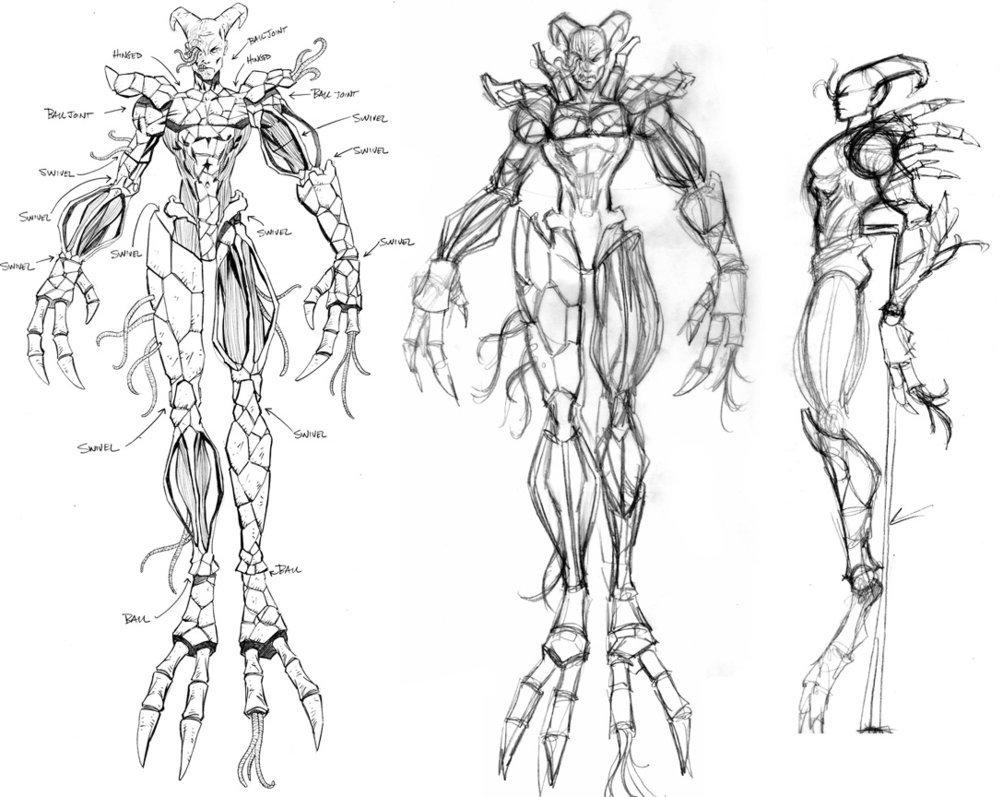 Hack B. Nimble, a former employee of Palisades Toys, shows off some concepts of his work on the House of the Dead Series 1 and 2 toy line. Here’s a description on what he did in the early days work for Palisades. 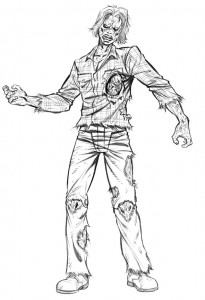 “Some conceptual sketches from the House of the Dead action figures that I worked on in the early days of Palisades. A first series of 6-inch scale figures based on the SEGA first person shooter was released, a second series was designed, sculpted and painted but canceled prior to production.” 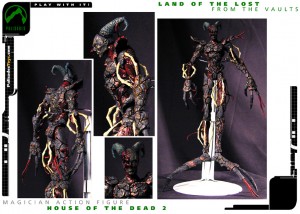 “For the hell of it, and because I think it’s interesting and because it’s my friggin’ page, gonna show the sculpts from the House of the Dead line that I recently uploaded the concept and control art from.

It’s cool sometimes to see how a sculpt turns out from the original material. The sculptor uses whatever concept sketches or control art I provided, along with whatever reference material I could put together for them.

Then it’s all process…they show me the rough sculpt, I make comments, they show the next step, comments, and on and on, until the sculpts are approved and then cast and painted. In fact, one of the types of art I did over the last ten years I never ever show, because it is boring to most…and that is when I take a sculpt into Photoshop and digitally revise it to show the sculptor what I need him or her to do to the piece.

I could have thousands of deviations with just that shit alone. And what’s interesting to note is that there is where a lot of my touch went into the work, being the art director. Many things would get shaped during that phase, the sketches and what-not were a simple starting point.”

Click below to see more sculpts and concepts of the creatures 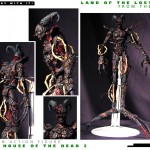 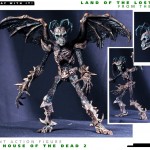 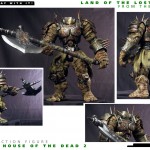 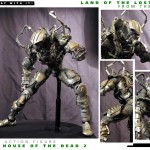 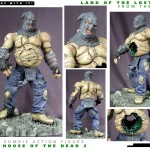 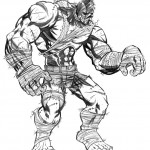 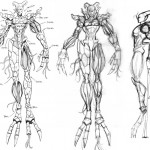 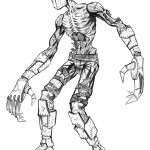 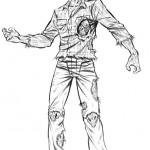 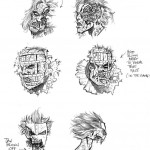 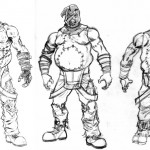 For more check out his page @ http://residentlilly.deviantart.com/