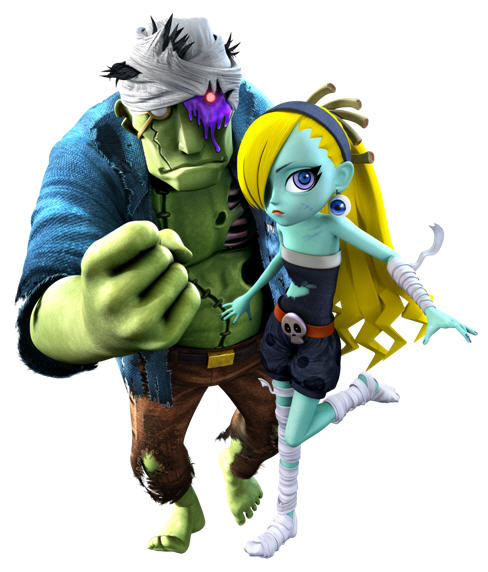 He, Zobio, was a prison guard. She, Zobiko, was an inmate thrown into jail by a mad doctor. Zobio decided to break out Zobiko, so that they could start a new life together. But will either of them ever really be free?

Enjoying The House of the Dead 4, but having trouble getting certain trophies? Look no further! I have made a guide on how to earn these hard earning trophies. Some maybe easy, but others can be tricky to obtain.

Pandora’s Box
See all 4 endings of The House of the Dead 4.
The hardest trophy of them all. This may be a little of use,but this is how I was able to get all 4 endings from my personal playthrough.
Goldman: Started at chapter Two and beat the game, it didn’t count the first chapter grade.
GoldmanZombie: I had Five As and One B and got this ending.
G Ending: Get all A’s in every chapter. You can lose a credit a couple of times.
Mystery man: This one I’ve earned playing two player mode with my brother only losing credits twice and having five A’s and one S in the sixth chapter scoring about Two Hundred K. Two player differs from single player scores.
If that doesn’t help, check out this guide by Shadi Potter from GameFaqs http://www.gamefaqs.com/arcade/929112-the-house-of-the-dead-4/faqs/42249

Top Agent
Get RANK 2 or above in Final Result.
A easier way to get this trophy is to play HOTD4SP and earn A or above in both chapters. Remember to get in some good accuracy and “PERFECT” Headshots.

Another Pandora’s Box
See the true ending of HOD4 SP
f you guys are having trouble getting the mystery man ending in HOD4SP. You have to set the game on very easy and score about 70000 without losing a credit. I tested it out twice after the first time I got it and it works. First time was S/A as Top agent and then S/S as Special agent.

Bonus Explorer
Find a secret room
In Chapter 1, shoot the red box while your surround by waves of creatures to go to the alternate path. After killing the ninja and labcoat creatures, you should encounter three Zobio (strong) type creatures opening the slide, shoot the door on the left and there should be a secret room with 3 coins and a golden frog.

Cut The Wire
During CHAPTER 2, cut the wire and let the enemies fall.
Towards the end of chapter 2, you should spot 3 burners and 3 Ebitans on a platform. Immeditatly shoot the wire.

Despair
Clear CHAPTER 4 on any difficulty .
Finish of Temperance. The weakspot is it’s head. Don’t get flatten.

Emptiness
Clear CHAPTER 3 on any difficulty.
Finish off the Empress. It’s weakspot is it’s head. Watch out for it’s chainsaw attacks

Escape
Clear CHAPTER 1 on any difficulty.
Defeat Justice. It’s weakspot is the mouth.

Fight Begins
See the good ending of HOD4 SP .
As the Magician trys to open Pandora’s Box, you have 10 secs to stop him. Aim and throw your grenade at the box.

Get the Bus
Shoot and destroy the BUS.
Once you reached the outside the ruins of Venice, destroy the first waves of creatures. The next wave you’ll encounter a couple of strong creatures (Sandman lookalikes) and a couple of Johhnys. There should be a box containing the bus on the bottom left. Shoot it as fast as you can.

Hope
Clear CHAPTER 6 on any difficulty.
Defeat The World by shooting it’s chest. Watch out for it’s ice powers.

Lost
Clear CHAPTER 2 on any difficulty.
Defeat the Lovers by aiming it’s small head on top of the other.

Reunion
Clear CHAPTER 5 on any difficulty.
Defeat the Star by aiming at his scar on his chest. He’s pretty fast and watch out for his purple energy blast along with his spin attack.

Forgive me for using my Tablet to record videos. I’m in a tight budget so I can save up for the Sonic Boom event *laughs* Anyway after completing The House of the Dead 4, you are treated yet again with another behind the scenes video with the series director, Takashi Oda and producer, Yasuhiro Nishiyama. In part 2 of this behind the scenes video, they discuss how they’ve met at Sega during the merge of their development studios (Thus, becoming Sega WOW) and how they share ideas to each other to bring it out as a product to the audience of the gaming industry. They also take about the development the female lead by using Hollywood actresses as references, possibly lead the development of AMS Agent Kate Green. Nishiyama-san then compliments Takashi Oda and is luck that he’s gets to work with Oda-san on these games everyday.

This is the same guy who really gets into the House of the Dead 4 by reacting lines and movements from the game itself. Happen to find more videos of him on Youtube. If the AMS were real, he would make a perfect agent. 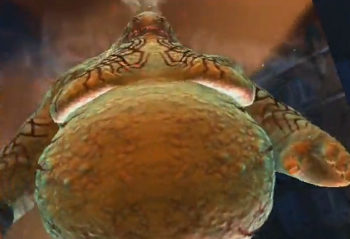 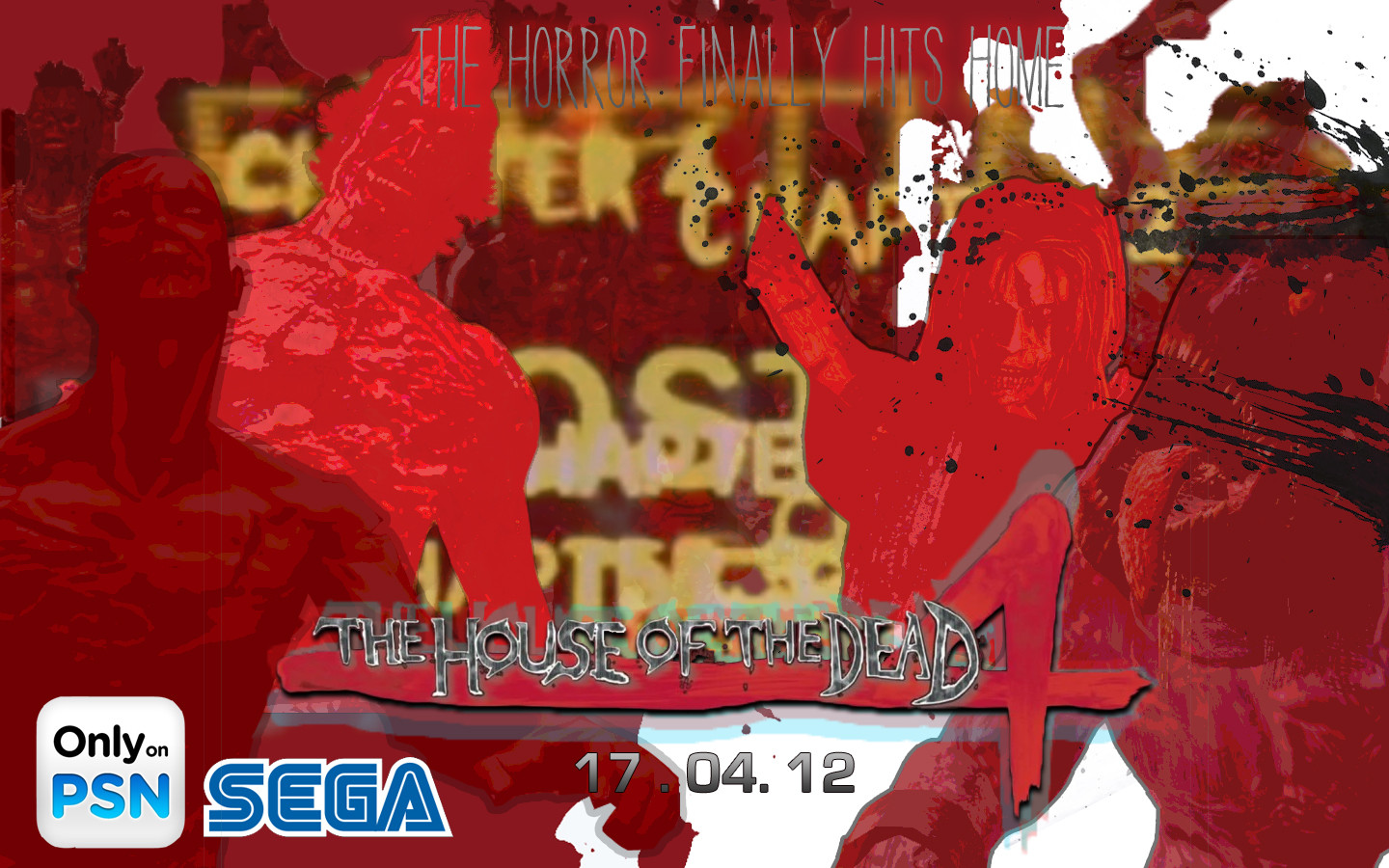 Rejoice fans as The House of the Dead 4 has finally made it to home consoles. The game is available on the PlayStation Store for only $10. However if your a PlayStation Plus member, you get a 30% discount on the game ($7 to be exact) The game features levels from The House of the Dead 4 and Special straight from the arcade version. You can use the PlayStation Move to blast through waves of evil creatures and don’t forget to bring a friend along the ride. Put an end to Goldman’s legacy and destroy the source of the creature infestation in Venice. One last thing AMS agents, don’t give up hope. Hope is such a splendid thing. 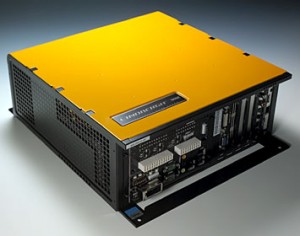 The Sega Lindbergh is an arcade platform based upon a Linux-embedded PC. Sega had originally planned to use the Microsoft’s Xbox 360 as the basis for the arcade board, but instead opted for an architecture based on standard PC hardware. This decision was probably made because it is usually more cost effective to use a PC as a gaming platform than it is to use a console. 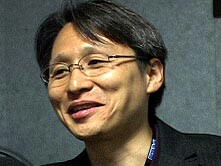 According to Sega-AM2 president Hiroshi Kataoka, porting Lindbergh titles (such as Virtua Fighter 5) to Sony’s PlayStation 3 is generally easier than porting to Xbox 360, because the Lindbergh and PS3 use a GPU designed by the same company, nVidia.

At E3 2005 in closed doors, Sega showcased their line up of upcoming titles of the new generation for both console and arcades. The House of the Dead 4 was among them. It was also the very first Lindbergh game to be released in the arcades. 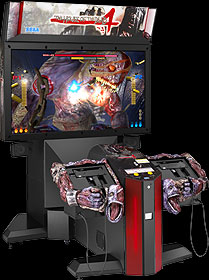 A year later, Sega made a attraction based game called The House of the Dead 4 SPECIAL. Players enter a enclosed room, sit down, and buckle up for safety reasons. The game has two 100-inch screens in front and behind the player giving the impression that enemies are attacking from all directions. The game also uses air and shakes the seats whenever a player is hit. SPECIAL takes place where 4 left off and features the return of G and a old enemy from the first game. As of now, there are no more arcade machines in the US as some are either broken and one was sold to a private collector. 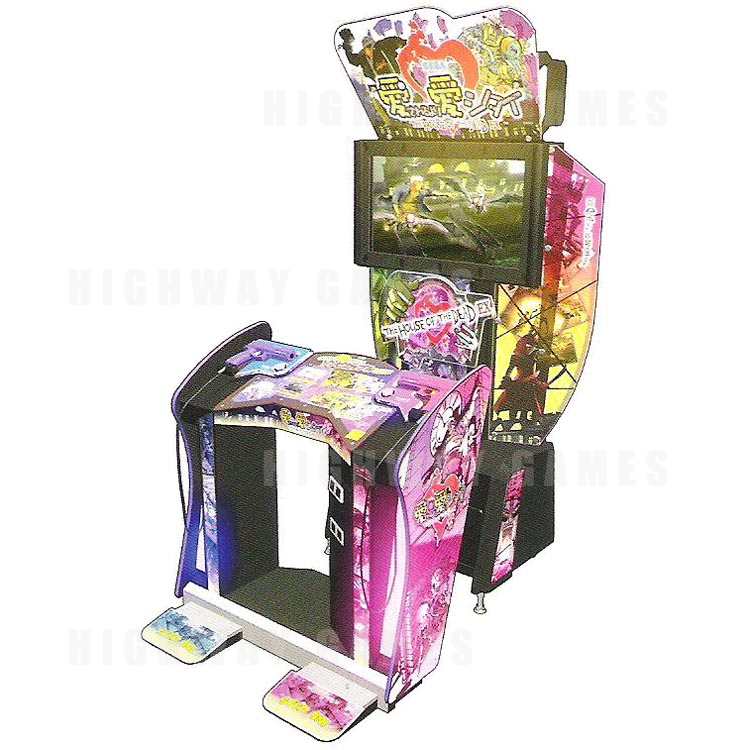 The last Lindbergh game based on HotD series was another spinoff called “Loving Deads: The House of the Dead EX” where players must play as the zombie couple, Zobio and Zobiko, to escape from Dr. Curien and his evil experiments through a series of minigames. The game makes use for both the light gun and pedals (similar to Time Crisis) in certain minigames. Shooting apples and stomping spiders. The player must reach each other hands within the time limit. What’s also awesome in the is that you get to see cameos of the characters in the series (Kate and Gary) and parodies from pop culture media (Matrix with that Bullet Time). While there’s no console port for EX yet, Zobio and Zobiko both appear as playable characters in Sumo Digital’s Sonic and SEGA All-Stars Racing.

The House of the Dead 4 is on it’s way to the PSN. Will Sega announce a new HotD game for the arcades and. Port 1 and EX to consoles. Only time will tell.

This guy is playing The House of the Dead 4 at the arcade like a BOSS with dual guns. He even has a T-Shirt with H.O.T.D (High School of the Dead) written in the front & back and acts out all of the cutscenes lol. His movements are STYLISH and CRAZY! Give this guy a trophy! 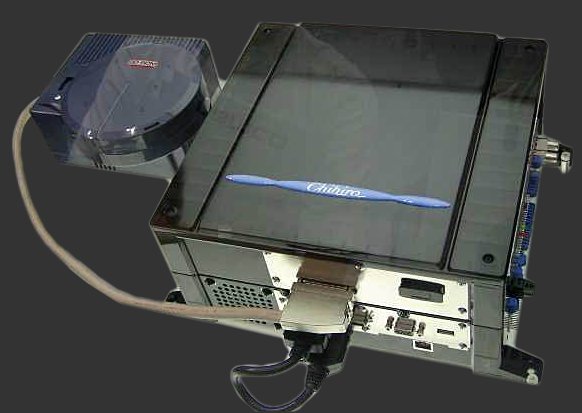 The Sega Chihiro is an arcade system produced by Sega and Microsoft in 2003. It is based upon the Microsoft Xbox, using the same Pentium III CPU and Nvidia graphics card. Unlike the Xbox however, it has upgradable RAM and uses GD-ROM media instead of DVDs. Because of the similar hardware, it is in theory relatively easy to port Chihiro games to the Xbox and PC. 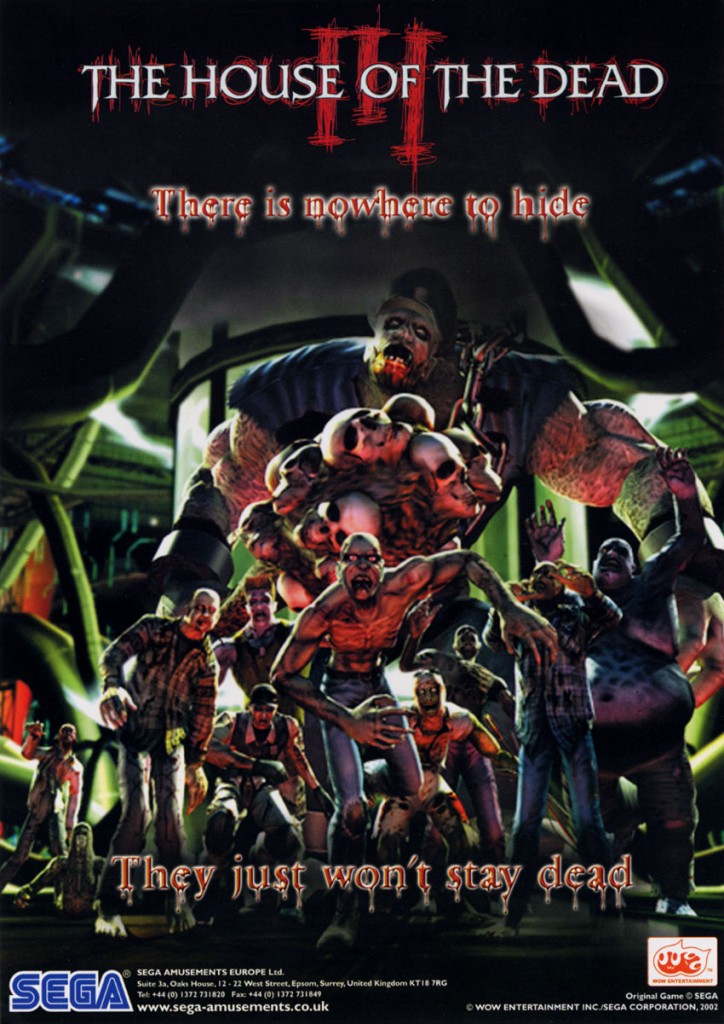 The House of the Dead III uses this arcade system with two realistic “pump action shotguns” Sega showed off. Unlike the original two, players must rescue each other from harm to earn health and points instead of saving civilians. The arcade version of HOTD III is also different from the console port of the game. In the attraction mode, the game will show the official artwork of The House of the Dead III. Seganaomi shows off a video of the start up boot.

Here another video of the prototype version of The House of the Dead III. 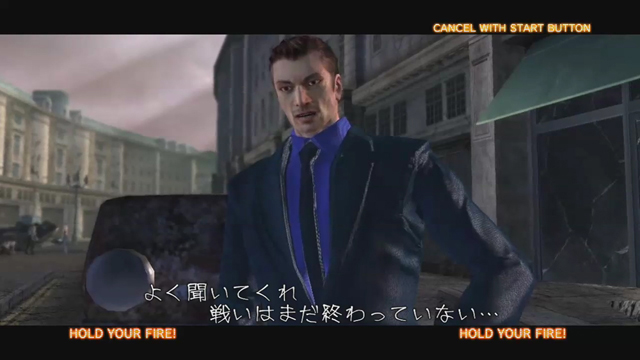 Spanish gaming site Sensession gave fans their own review of the House of the Dead 4 on PSN. From what has been told on the video, their view on the game seems to be very positive and gave it a rating of 7.9/10. Here’s the youtube description translated in english
“Available only via download, The House of the Dead 4 comes to Playstation 3. Identical to the arcade arcade that could play for many months, also includes interesting unlockable extras.
Short as recreation, but with good quality / price (less than 10 euros), the shooter on the rails offers the same mechanics, playability and addiction than their predecessors.”

Personally, I’m digging the chapter 2 music in SPECIAL after watching this video.